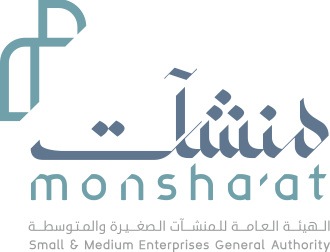 UNDERSTANDING SAUDI ENTREPRENEURS AND THEIR ECOSYSTEM 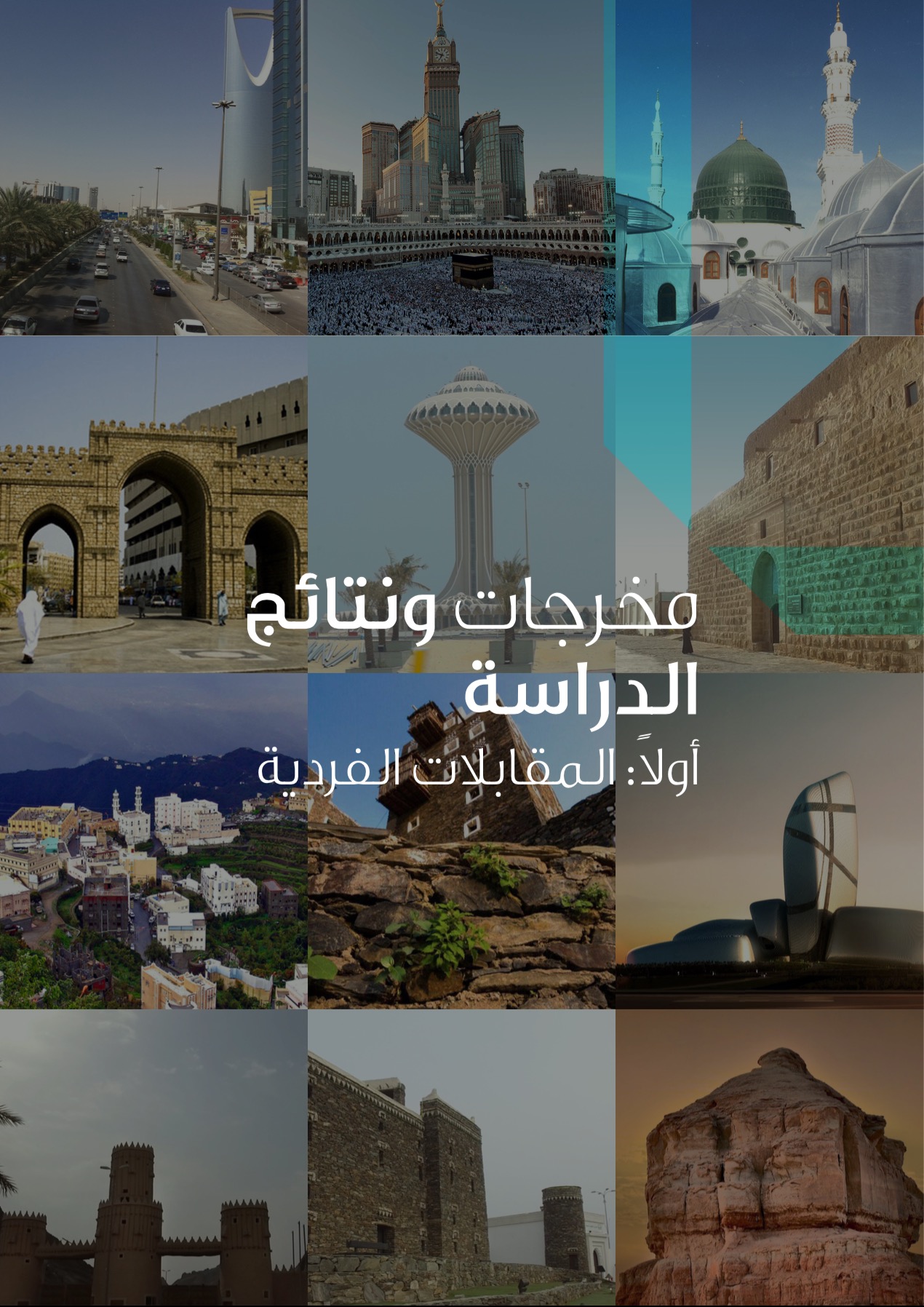 Our data collection methods consisted of questionnaires and interviews which were organized into two toolkits. The first toolkit consisted of questionnaires for students aged 18-24 who were not entrepreneurs but had attended relevant workshops. The parents of these students were also asked to fill out questionnaires in order to obtain their general opinions on entrepreneurship. The second toolkit consisted of interviews of the entrepreneurs and their family and friends (i.e., their parents, siblings, spouses and friends). These entrepreneurs were engaged in various service, trading and technical sectors in different regions of the country. We also conducted interviews with experts in the field of establishing and managing businesses as well as with individuals experienced in the area of conducting practical experiments with different groups of small and medium enterprises owners. Through the Monsha’at study, we were able to ascertain the views and thoughts of 63 entrepreneurs based in 18 cities across Saudi Arabia.

THOUGHT-PROVOKING RESULTS IN THE SAUDI CONTEXT

When we started our data collection processes, there were some results which were expected in light of the intellectual, cultural and economic movement taking place in the Kingdom. However, there were some results which took us by surprise. Such results show the importance of studies like this one while also validating the design of our data collection procedures, through which such results could be extracted. Some examples of these noteworthy results are as follows: 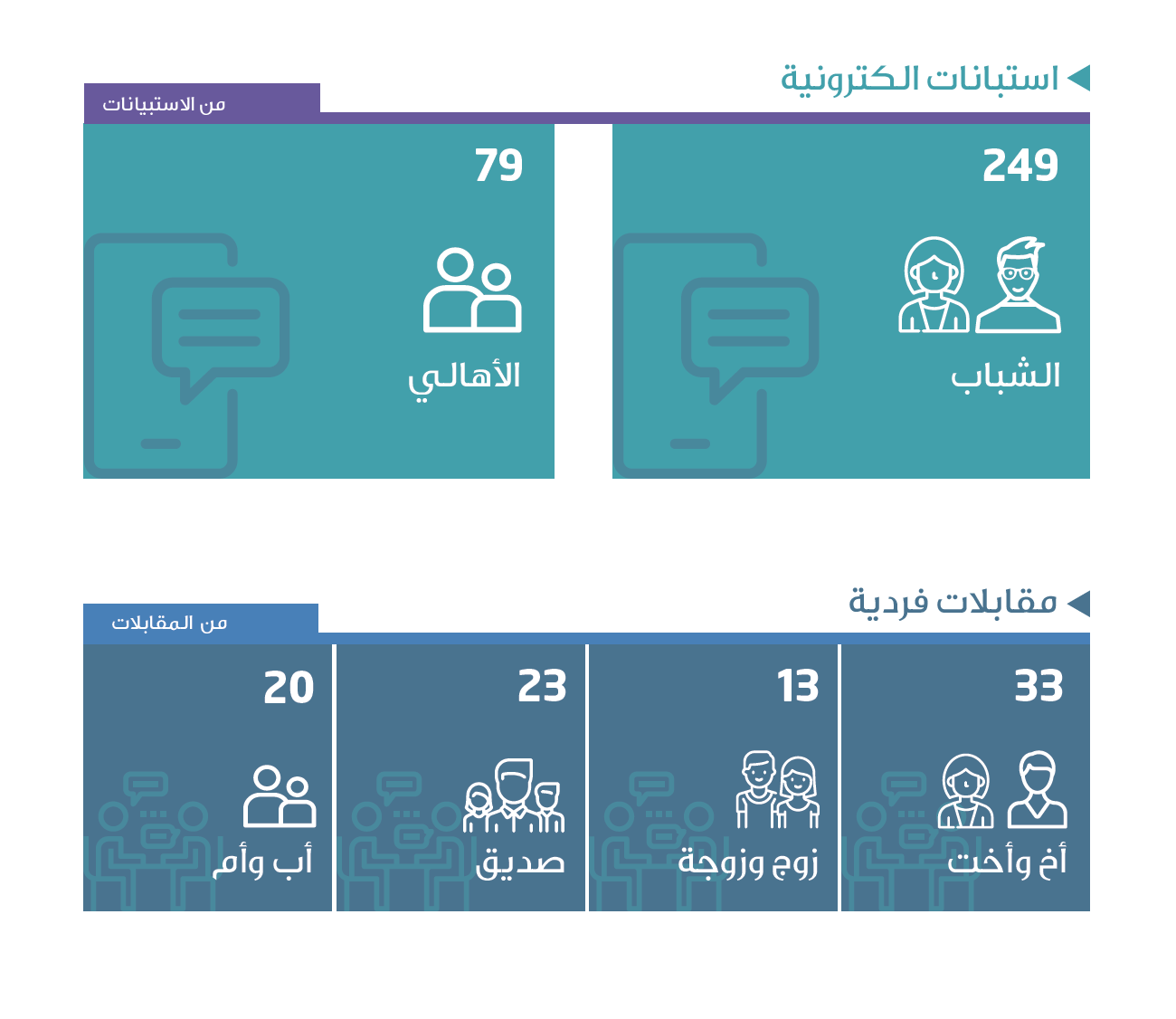 ●     Greater clarity needs to be provided by the potential entrepreneurs to their families and friends in terms of their justification for choosing to establish their own business, and the resulting volume of financial, organizational and administrative responsibilities. This greater transparency would help allay reservations and increase the likelihood of support from their families and friends.

●     In Saudi society failure is thought of as unacceptable. Therefore, the fear of failure is one of the main factors deterring individuals from becoming entrepreneurs, and is a source of concern for their parents and other family members as well. 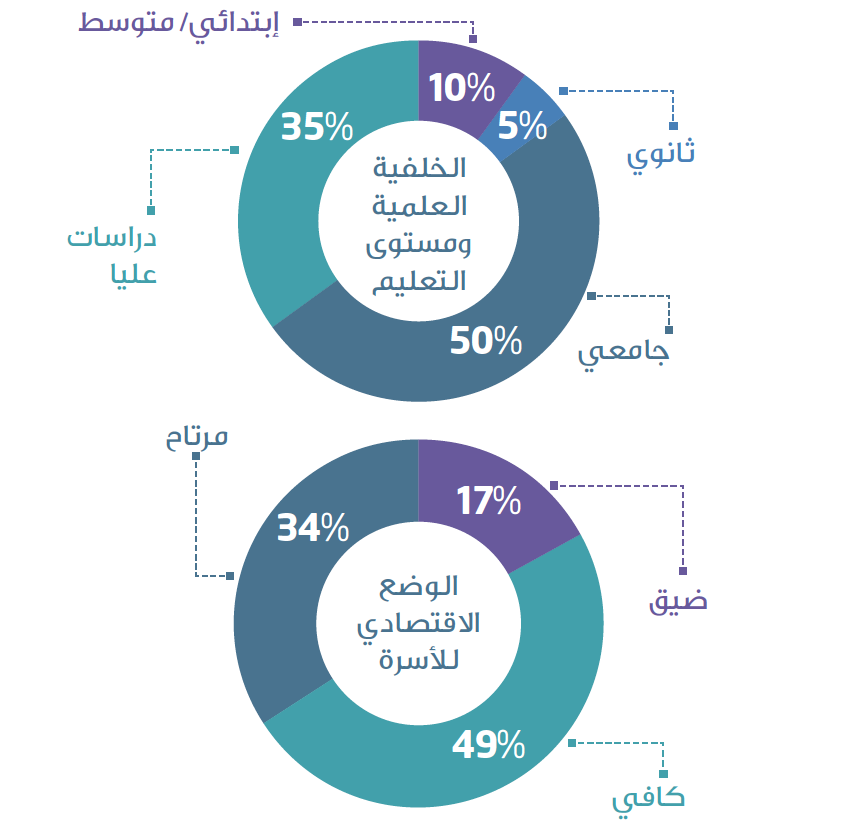 ●     Many of the entrepreneurs continued working at their places of employment while establishing their own businesses, and even though some of them wanted to leave these existing jobs, they were having a difficult time achieving this due to pressure from their parents/society or because the existing employment was viewed as a financial safety net for their families. 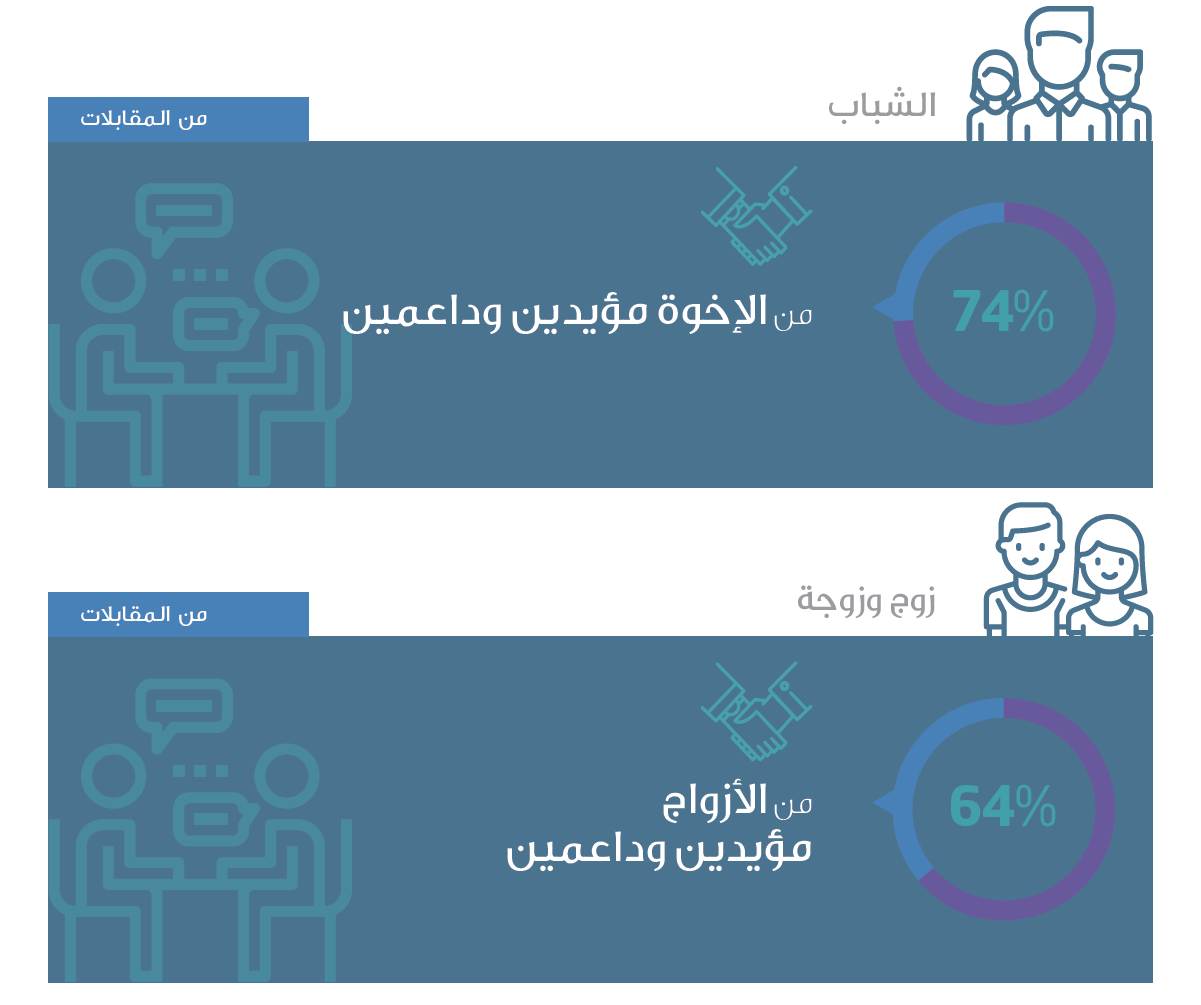 ●     Most initiatives are established to cater to their own locality. However the target community in such localities has a tendency to object to these products/services, even before trying them, due to the assumption that whatever is offered would not be of a quality as good as the quality of that available in major cities.

●     There was a consensus among owners of organizations that they did not realize the real value of money and know how it should be managed until they started establishing their own businesses. It is interesting that the youth believe that they are adept in financial management, while their parents believe the opposite, giving priority to their acquiring of these skills.

●     Friends have the potential to sway the opinion of parents in favor of the entrepreneur. This is particularly true when the entrepreneur’s closest friend is his/her brother.

“The social resistance faced by entrepreneurs is always shut down by the results they achieve.”
‍
An entrepreneur who participated in the Monsha’at study
‍

THE WAY FORWARD FOR SAUDI ENTREPRENEURSHIP 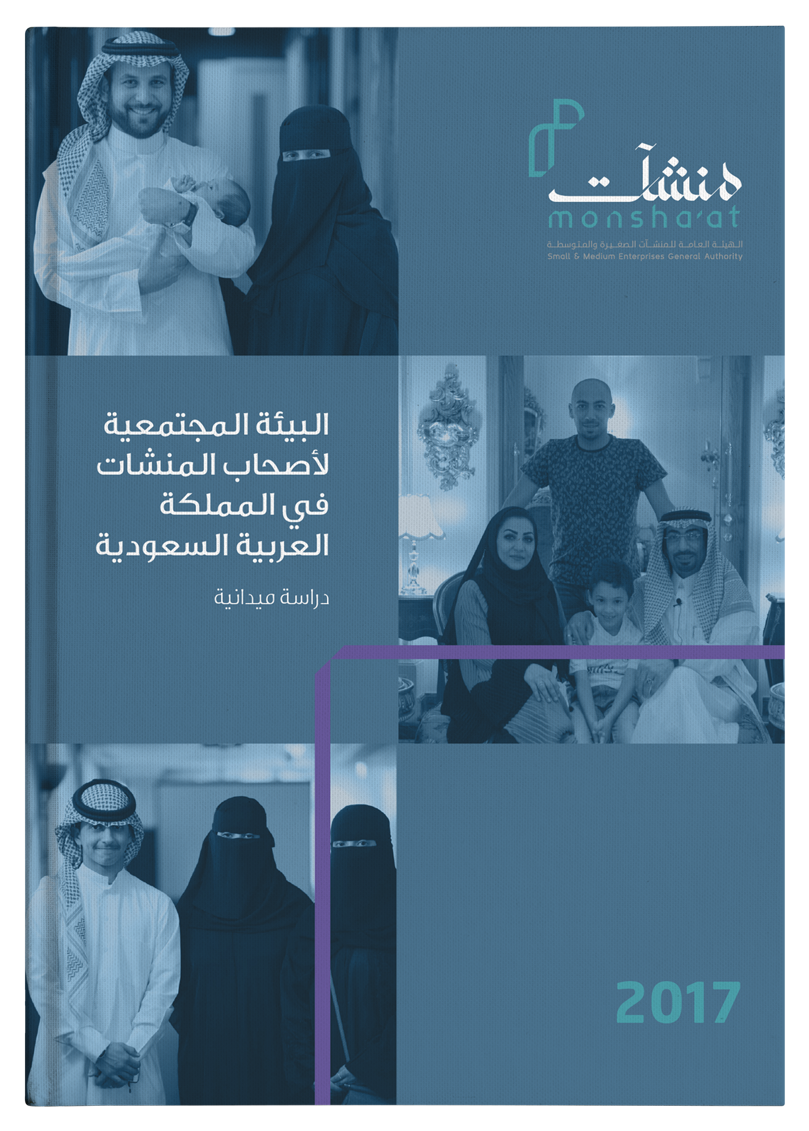 Through the Monsha’at study, we were able to identify the most prominent fears and doubts felt by family and friends of entrepreneurs along with the reasoning behind such feelings. The influence of an entrepreneur’s environment was very clear from the study; friends and family play a major role when it comes to the progress which the entrepreneur is able to have. Potential entrepreneurs stand to benefit greatly from the experiences of those who have succeeded before them in their region. Additionally, learning about fields such as business entrepreneurship, management and operation of projects and other various trading activities would help them take decisions such as the type of business they should establish.

As Saudi Arabia aims to promote entrepreneurship and innovation as part of Vision 2030, studies like this one are an essential part of identifying obstacles. They provide guidance in terms of the environment that needs to be developed and the investment opportunities that need to be cultivated for entrepreneurship to flourish in the country.  Such entrepreneurship will help achieve the economic diversification that the country aims to achieve, while benefiting from best international practices.